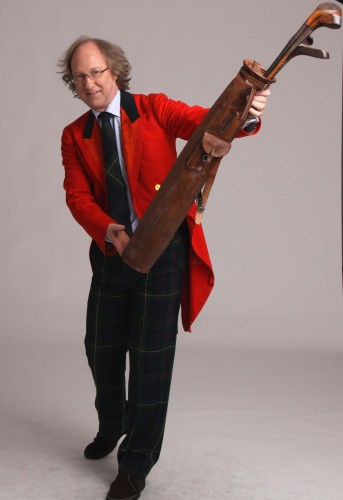 Rhod McEwan comes from a background of dealing in fine art. His family business, The McEwan Gallery, has been established over 50 years and handles fine Scottish and European paintings. After attending Nottingham University where he studied History of Art and History his education was completed at the headquarters of world renowned Christie’s auctioneers in St James’s, London. Turning down a future auctioneering job at Sotheby’s, Rhod made the decision to go it alone and enjoy the freedom of dealing independently.

Now with almost thirty years’ experience in the golf business Rhod McEwan has become an acknowledged expert in the field of golf memorabilia. He is the leading Scottish dealer in golf memorabilia, which includes everything from original golf clubs and balls, early caddy bags, early games to art, posters, prints, photos, programmes, ceramics, silver and books. Antiquarian, secondhand and elusive titles on golf are one of his specialities, and if your required title is not in stock he will be delighted to source it for you. The book collection covers every field of golf literature, including annuals, architecture, biographies, fiction, history, humour, ladies’ golf and instruction, to name a few, and runs to over 3,000 volumes. Rhod is proud to hold the world record for a golf book, a copy of The Goff which sold privately for £85,000. This was one of five copies of The Goff that RMGC has handled. The business has also handled a variety of interesting objects, including one of the largest feather balls extant, the Open medal of Hugh Kirkaldy from 1891, three oil head studies for the iconic Grand Match painted by Charles 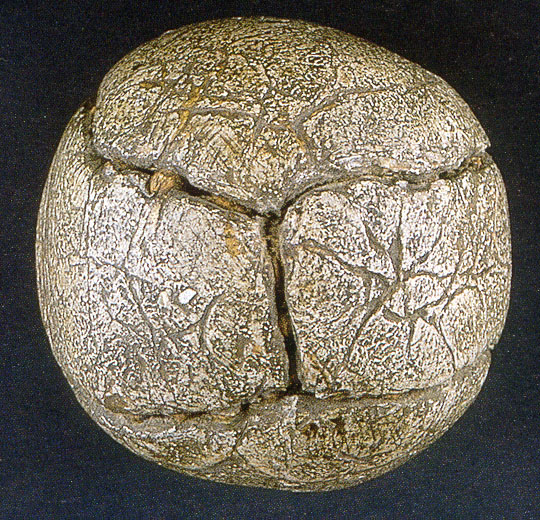 Lees in 1851, an early long nose taken to America by Frank Findlay (the brother of Alex Findlay, the pioneer of golf in the States) in the 1890s, and a large solid silver trophy (1893) recently reunited with Ganton Golf Club after its disappearance in 1911.

Some years ago Rhod was part of a three man committee which valued the R&A Golf Club holdings in St Andrews, and he has a firm grasp of market values. For 20 years he exhibited annually in the Merchandise Tent at the Open, and for the last 12 years was the only independent retailer allowed to exhibit and take sales. There were many book signings over the 20 year period, featuring authors such as Tom Watson, Gary Player, Colin Montgomerie, Arnold Palmer, Mark James, John Jacobs, Peter Alliss (annually), Sam Torrance, John Daly, Gary Wolstenholme, Butch Harmon, Bob Rotella, Andrew Greig, Iain Carter, Lauren St John et al.

Rhod has taken his exhibits around the world, notably to Germany, America, Canada, China, South Korea and Russia, where he was given honorary membership of the Moscow City GC. He has an irregular but longstanding column in China’s Golf World magazine, and has been profiled on TV channels in the UK and China.

As well as retailing books and artefacts, Rhod has a publishing arm which issues golf titles both new and old. Each publication is limited and all are produced in two editions, one trade and the other in smaller runs, bound in leather with a slipcase. The jewel in the crown is the book on Tom Morris of St Andrews, The Colossus of Golf 1821-1908, which won the prestigious USGA Herbert Warren Wind Book Award for best golf book of the year in 2008. It was written by David Malcolm and Peter Crabtree. The books are listed under the BOOKS section of the website, and if you have a manuscript you might like to publish, have a word with Rhod and he will be happy to offer advice.

The range of services at Rhod McEwan Golf Classics includes advising individuals and clubs on creating collections of their own. This involves not only advice on what items to acquire but also with an eye on creating a golfy atmosphere within the relevant space, be it a single collector’s room or a complete clubhouse with many rooms to adorn.

Rhod also seeks to emulate his forebears in supplying replica antique hickory shafted putters, handmade and finished in Scotland. The putters’ brand is the KILTY putter, modelled along the lines of a McEwan long nose putter of the 1860s, and they make ideal presentation items, trophies and/or displays in clubhouses. Alternatively, they can be used on the putting greens, and with a relatively small sweet spot are ideal for honing one’s putting stroke. Various professionals have used them on tournament practise putting greens and expressed a liking for them, not just their polished appearance but also for their handling abilities. They can be used with today’s balls happily, bringing a certain style to the bag.

If you have anything that you would like valued, or that you might wish to sell, please send an image to teeoff@rhodmcewan.com or give Rhod a ring on 013397 55429 and he will be delighted to talk.

“The best golf bookseller in the world”

“Widely recognized as the foremost golf bookseller in the world”

[Dave Seanor, Editor of US Golfweek]

“Your catalogues are always so fascinating to browse through”