A Golfing Series plate by Royal Doulton with the Crombie style golfing figures in period dress, complete with the saying: ‘He hath a good judgment who relieth not wholly on his own.’

Slight crazing but near fine condition, stamped with the Royal Doulton mark of lion atop a crown and with the registration number D3395, 10 inches diameter. 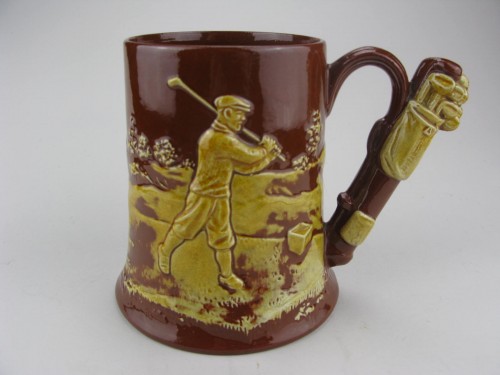 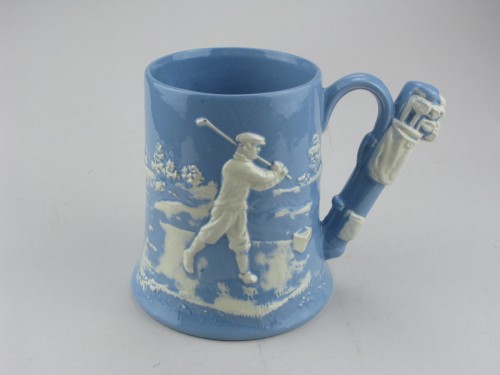 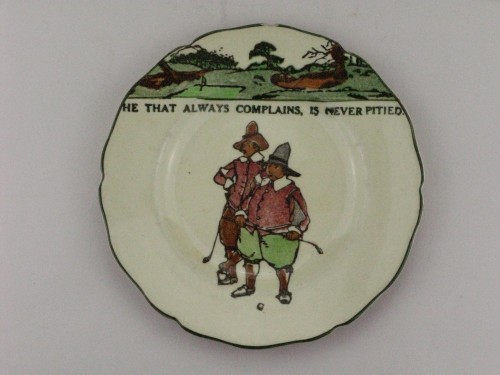 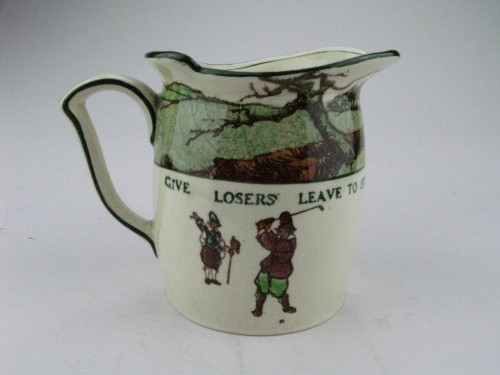 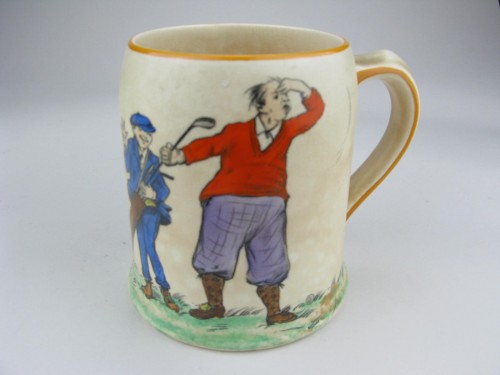 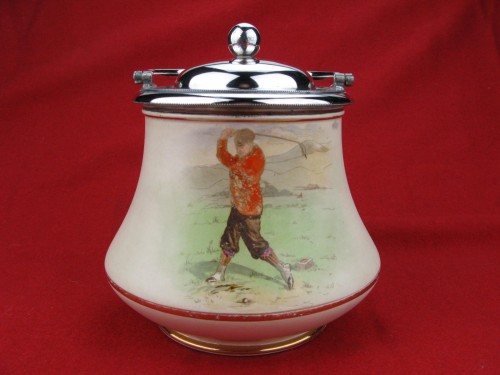 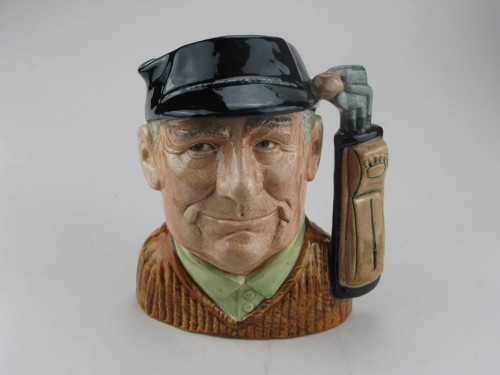 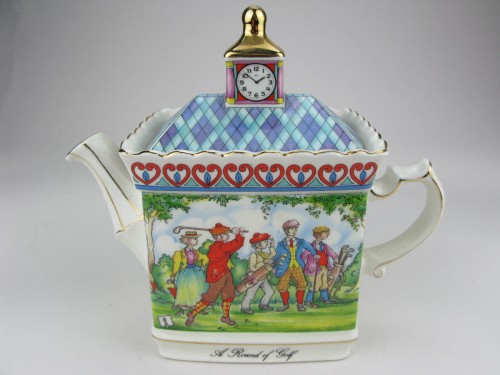 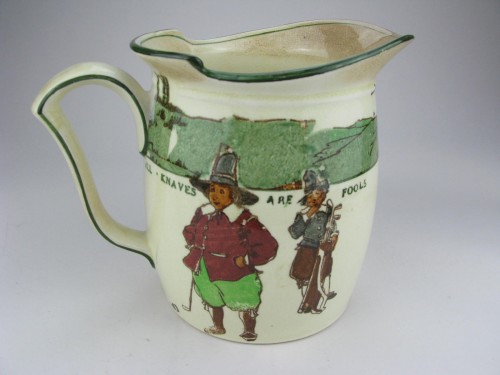 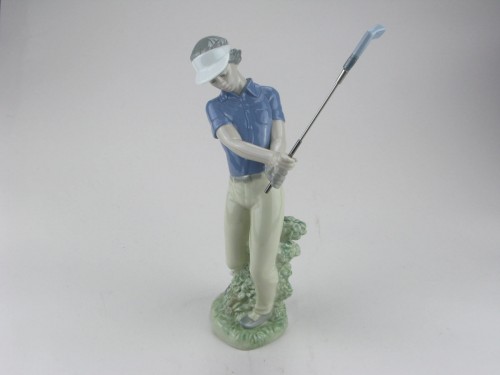