A scarce black and white postcard depicting the Amateur Championship at St Andrews, 1901.

A scarce original black and white postcard showing the Amateur Championship at St Andrews in 1901, on the 1st tee is Harold Hilton watched by Tom Morris and John Low, with a weighty throng behind.

Harold Hilton (1869-1942) was an amateur golfer who won the Open twice, in 1892 and 1897. He won the Amateur Championship on four occasions and was the only player to win both the British and US Amateurs simultaneously. John Low was an interesting thinker on the game as well as being a fine player, with putting being his speciality. He wrote books on golf and became a highly respected course architect. Hilton beat Low one up in this match, which shows a typical pose of Hilton in a wide stance with cigarette dangling from his mouth. 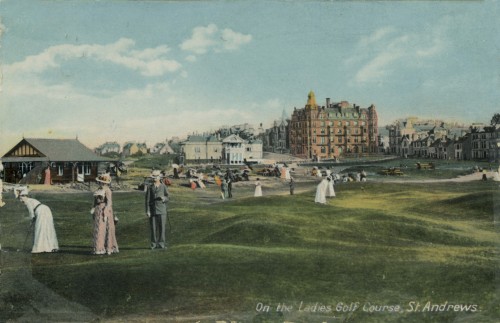 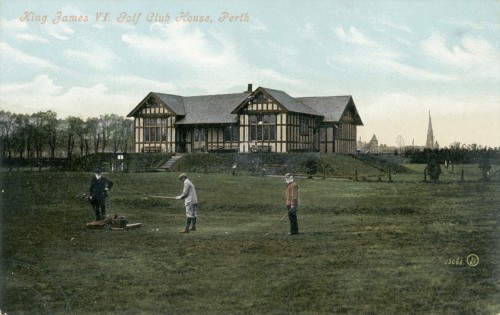 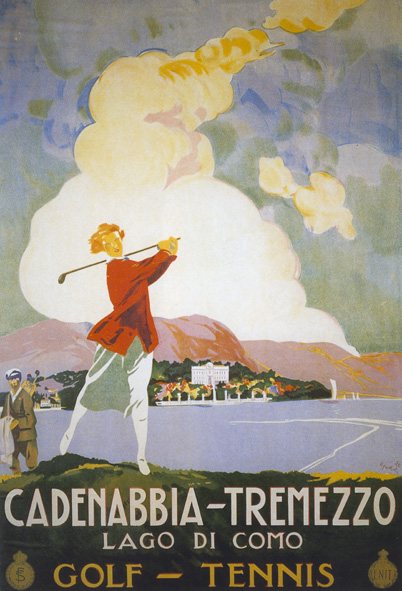 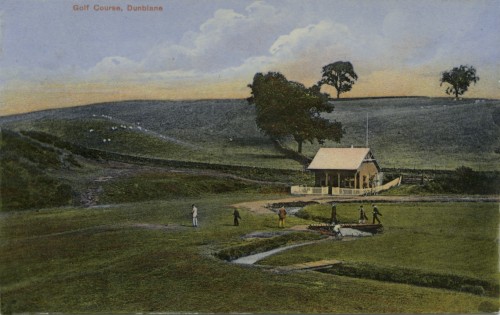 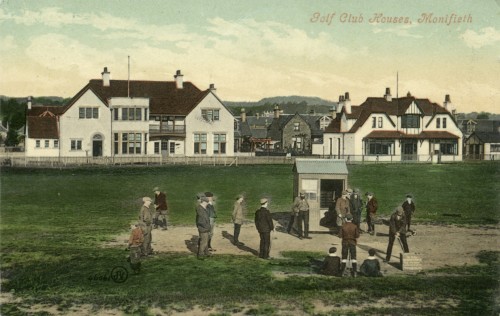