Being asked by my friend Rhod to write a few words for his forthcoming web page is a pleasure especially as, after counting up, being a Professional Golfer for 51 years, people tend to have forgotten you!!  My playing days took me to 58 countries and I can honestly say every week was a great adventure, not always profitable but the thrill of competing was ever present. 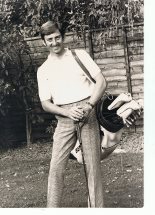 My golfing life started slowly in 1960, I remember watching Kel Nagle win The Open from Arnold Palmer on TV. I was 13 and not very interested in football, rugby or cricket, but anything with a handle seemed to appeal and school was way down the list. I’ve always thought of myself as a professional because from the start I got paid 3/6 for caddying at the Swinton Park Golf Club, near Manchester, for Mr. Tom Scholes.  I never realised how far 18 holes of golf is nor how heavy that golf bag would be, coming up the 18th fairway. The clubhouse looked like a palace!  Anyway 3/6 was not to be sniffed at and basically that was me hooked for life.

I made friends with the other caddies and some of us practised round the back of the caddy shed when the Members weren’t watching, Jimmy Wilson, Barry Nichols, Colin Smith and Dave Bentham. Dave was older than us and was already a Junior Member. We all saved our caddy fees and bought our first clubs, mostly hickory shafted with the old leather or suede grips from the Professional Alan Gillies. He was a great guy, a very good player and an enormous hitter of the ball, winning many long driving competitions, so we were always trying to copy his style and method. We joined the club as junior members for one Guinea, wow, we thought that a fortune which in those days it was!

Now this is where ‘old man fate’ takes a hand. We were five young ‘rising stars’, but only four balls were allowed on the course; because I lived in a different part of town I became the odd man out, so I practised.  Now looking back, all those hours on the practice area made me into the golfer I was to become. The area wasn’t very long so I practised the wedge mostly, not realising at the time how important the wedge was or would become. Fate, luck, call it what you will but being the odd man out got me well and truly started into the game. 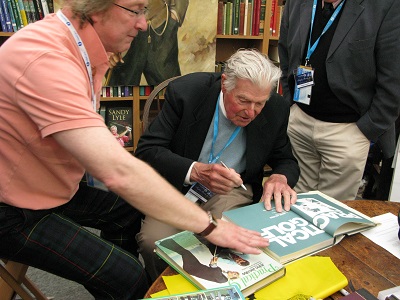 Young keen golfers read all the golfing magazines and any available books to try and improve their games. I came across an article in the Golf World written by my now friend John Jacobs, the famous Ryder Cup player and world famous coach. He said “any young player wanting to improve should go to this year’s Open Championship and watch someone of similar stature”.  Well, in 1963, it was at Royal Lytham and St Anne’s, less than two hours away, so persuading my dear Dad to take me, I chose the great Australian Peter Thomson. Mr Thomson had already won the Claret Jug four times so I thought he could teach me a thing or two! I was not disappointed. ATTITUDE, always stay calm, take everything on the chin and above all NEVER GIVE UP. He chipped and putted beautifully so there was another tip, learn everything I could about CHIPPING and PUTTING. Last thing I learned on this wonderful day was that you don’t have to play a Driver from every par 4 or par 5 hole, the importance is to “keep the B……ball in play. “  Use the Brassie or Spoon, lose distance but KEEP the BALL IN PLAY!!!

Now that wasn’t a wasted day was it – even my Dad enjoyed it and got an insight into his son’s ambition, turning PRO!  Yes!!!

The next big leap in learning came from playing in South Africa at Bloemfontein in 1968, when I was drawn to play with the legendary Mr Bobby Locke. He came to the tee immaculately dressed in grey plus fours, white hat & shoes, wearing a shirt and tie. The temperature was in the 90’s but he looked as cool as a cucumber, a Gentleman Golfer! I can honestly say from that moment my own game took on a totally different approach. He hooked everything, never pushed, never cut the ball, never sliced, a draw or hook all day long. Even his putting action seemed to deliver a right to left action. I was to shoot a 66 that day and Mr Locke spoke only four words to me all the way round, he said “good shot ”  – twice!  At the end of the game he came across, congratulated me and said “it’s 3.00pm and I always have a cup of tea at this time , would you care to join me “?   Well, the first question I asked the great man was “why do you draw the ball as much as you do, cos you obviously do it for good reason?”  Master, (he called everyone Master, like Max 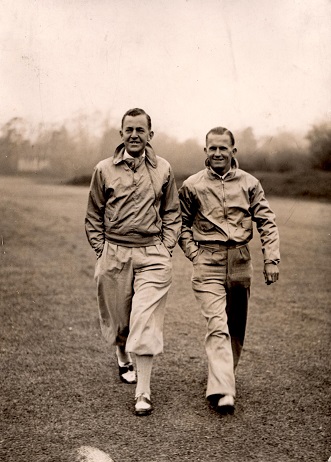 Faulkner called everyone Governor, a mark of endearment you might say) my father taught me to play golf and he said it was a very difficult game, so to make it a little easier you double the hitting area”.  Quite simply if you teach yourself to always hit a right to left shot you can aim 1 yard inside the right edge of any 30 yard fairway & produce a 28 yard hook, you would still be on the fairway!! Now, at that time I was trying to hit the ball straight, sometimes going a little left and sometimes a little right, and without realising it had cut my hitting area down to 14 yards either way. I’d made the game difficult. Mr Locke had twice the size to hit at providing his method always produced a hook or draw. So this method, if you approach the ball with a square club face, with an in-to-out swing path, was his secret, A RIGHT TO LEFT FLIGHT! Now many top professionals prefer to play left to right, it is your choice, but you now have a SAFE SHOT to play on the 18TH TEE. Hand on heart and hand on wallet STUFF!

That conversation changed my life, I went away with a fresh new picture in my mind and hit thousands and thousands of balls over the next 12 month. In 1969 I had 7 second places and finished the year 13th in the Order of Merit, all thanks to Mr Bobby Locke. I might also say that when he first went to America he won five out his first six tournaments. That also impressed me sufficiently to re-think my then present method. 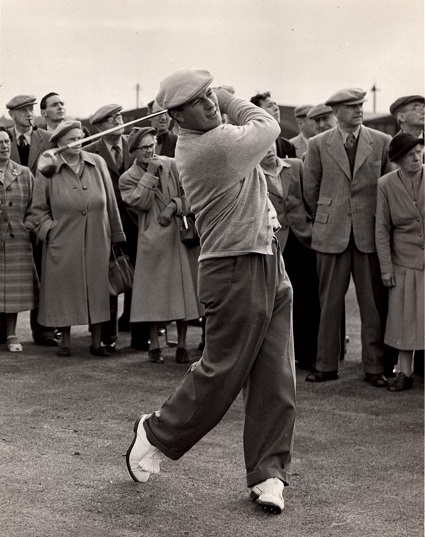 Peter Thomson in the 60s

I made the Ryder Cup Team twice and won three tournaments, became National Coach to four different countries and gave lessons to four world No 1’s, and I’ve had a very enjoyable life playing and teaching this great Game of Golf.

A tremendous amount of THANKS must go to Mr John Jacobs for the first vital information and much more to follow, Mr Peter Thomson for ATTITUDE and COURSE MANAGEMENT, CHIPPING and PUTTING, and to Mr Bobby Locke for The Method.

So many people have helped me on my way and I try hard every day to give back to those who want to learn. It is a helluva game and all we ask is to hit “that well struck ball once in a while !!”.