A scared head long nosed putter made by Hugh Philp of St Andrews, circa 1850.

The head has a few dunts as testament to its loving use, with a nice patina, circa 1850.

‘This genius made such beautiful and perfect wooden putters that he has come to be regarded as the Amati or Stradivarius of Golf, and a genuine Philp today is worth untold gold. The long narrow faces of these clubs and their perfect balance are well known to connoisseurs’ [Golf Illustrated 1900]. It is hard to believe that in 1812, 26 year old Hugh Philp only began making golf clubs as a sideline to his main business of house building and painting. He became so good so fast that just seven years later, in 1819, Philp achieved the highest level, appointed clubmaker to the Society of St Andrews  (forerunner to the R&A). Philp raised the craft of clubmaking to an art and his putters, in particular, became highly sought after. ‘For many and many a year to come these letters which he is branding on the clubs will serve for Hugh’s best epitaph, and golfers yet to be will sigh for the touch of that vanished hand which fashioned so deftly and so well’ [Golfing 1899]. Often thought of as being a little gruff, he was known to spend afternoons polishing a single clubhead. He wasn’t averse to playing the odd round of golf but his passion was for creating works of art and his clubs are the apogee of fine club making. In the late 1840s he took on James Wilson as an assistant and, in 1852, his nephew Robert Forgan. In 1856 Philp died but this legacy continued as the business was carried on by Forgan. So  great was his fame, and so  desirable was it to own one of his clubs, that he is perhaps the only clubmaker whose clubs were faked in his own lifetime. 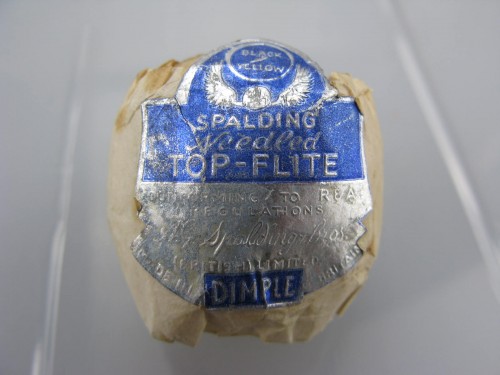